Formed in 1999 Souls Demise was soon established as the best unsigned thrash act from the millennium in the Chicago-area. Playing a thrash metal-style focused on melodic guitars by the two axemen Larry Scola and Tony Dascola the band unfortunately suffered on the permanent changes of band members, especially on the vocals.

Each of that changes on the microphone brought a small change of style, but each of them produced some highlights worth mentioning in the history of thrash metal.

While the first two singers (Jamie Pokusa & Mike Nowicki – 1999-2004) both filled the spot with a singing-ability way above most of the genre-frontmen, Randy Barron (2006-2007; ex-vocalist of Tyrants Reign and Winterkill; these days just rejoined Tyrants Reign) tended to influence the songwriting towords a more power-thrash style while the latest one (Andre Almaraz – 2008-2011) brought in a more aggressive, darkened vocal-style with adding lots of guts which gave Souls Demise a slight Death Metal-edge without loosing their melodic focus.

Souls Demise played their last show on June 3rd, 2011 at Metro in Chicago, IL. U.S.A. and disbanded shortly thereafter during the recording sessions of what was to finally be their first full length album. 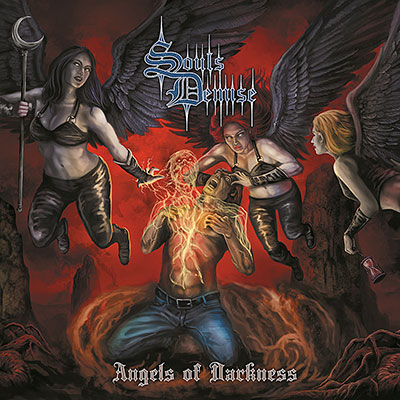