Psycho Side - No Place For Heroes

Psycho Side is a Heavy Metal band which was formed in 2002 in Buenos Aires City, Argentina.

But it was not before 2009 that they started a professional career. After three years of production their first and self-titled album was released, followed by four entire years of touring Argentina and Mexico. Because of this permanent touring Psycho Side has quite a name these days in Latin America, especially Argentina & Mexico.

In 2017 Psycho Side presented their second album, "No Place For Heroes", which meant a big step forward while showing even more potential. Psycho Side is pure Heavy Metal combined with some Hard Rock-influences and a voice which is sometimes similar and even as charismatic as James Hetfields.

Currently the band keeps performing in Argentina and Mexico, planning to expand their music to the rest of Latin America, USA and Europe. 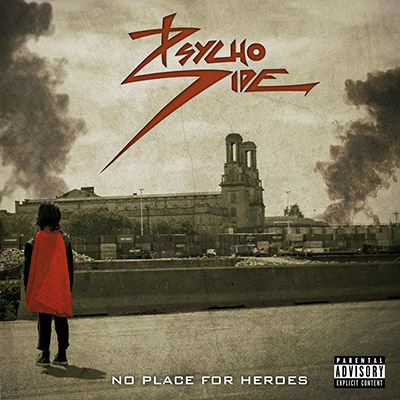 Reviews "No Place For Heroes"