Alitor is a technical thrash metal band which was formed 2011 in Indjija (Serbia).

Alitor started playing live gigs one month after its formation.

In 2012 the band recorded and published the EP "Embittered" and started playing bigger gigs with well known Serbian bands such as Bombarder, Infest, Nadimac.

In 2014 the band released their first official album "Eternal  Depression" on Witches Brew Records and promoted the album with a lot of live concerts all over Europe.

In autumn the same year Alitor went to tour across Europe with the well-known Serbian band Space Eater.

The following years the band shared the stage and played on festivals like Exit, Arsenal Fest with bands like Death DTA, Nuclear Assault, Anthrax, Testament, Obscura...

In 2016 the band released the single „Patterns of Redemption“. The video for this song was recorded by Nemanja Ceranic, an upcoming star in the Serbian filmography.

"II" is the second full length album which was recorded from January 2019 to July 2020 in Citadela Sound Production Studio.

The album was recorded and produced by Luka Tower Matkovic (Quasarborn, Bombarder). It will be released digitally by Take It Or Leave It Records (RS), on CD by Ragnarök Records and on vinyl by Doc Gator Records. 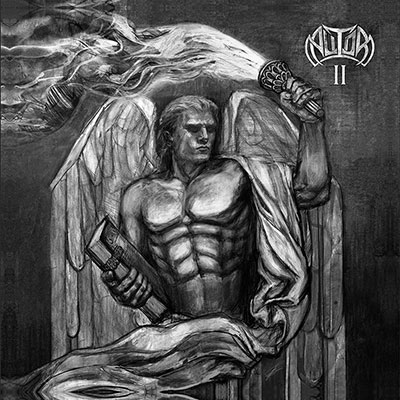