If you are into technical thrash metal keep in mind November 27th 2020.

On this day ALITORs new album "II" will be released officially. A gem each metal head will love who is into music like Watchtower, Sieges Even or Death. 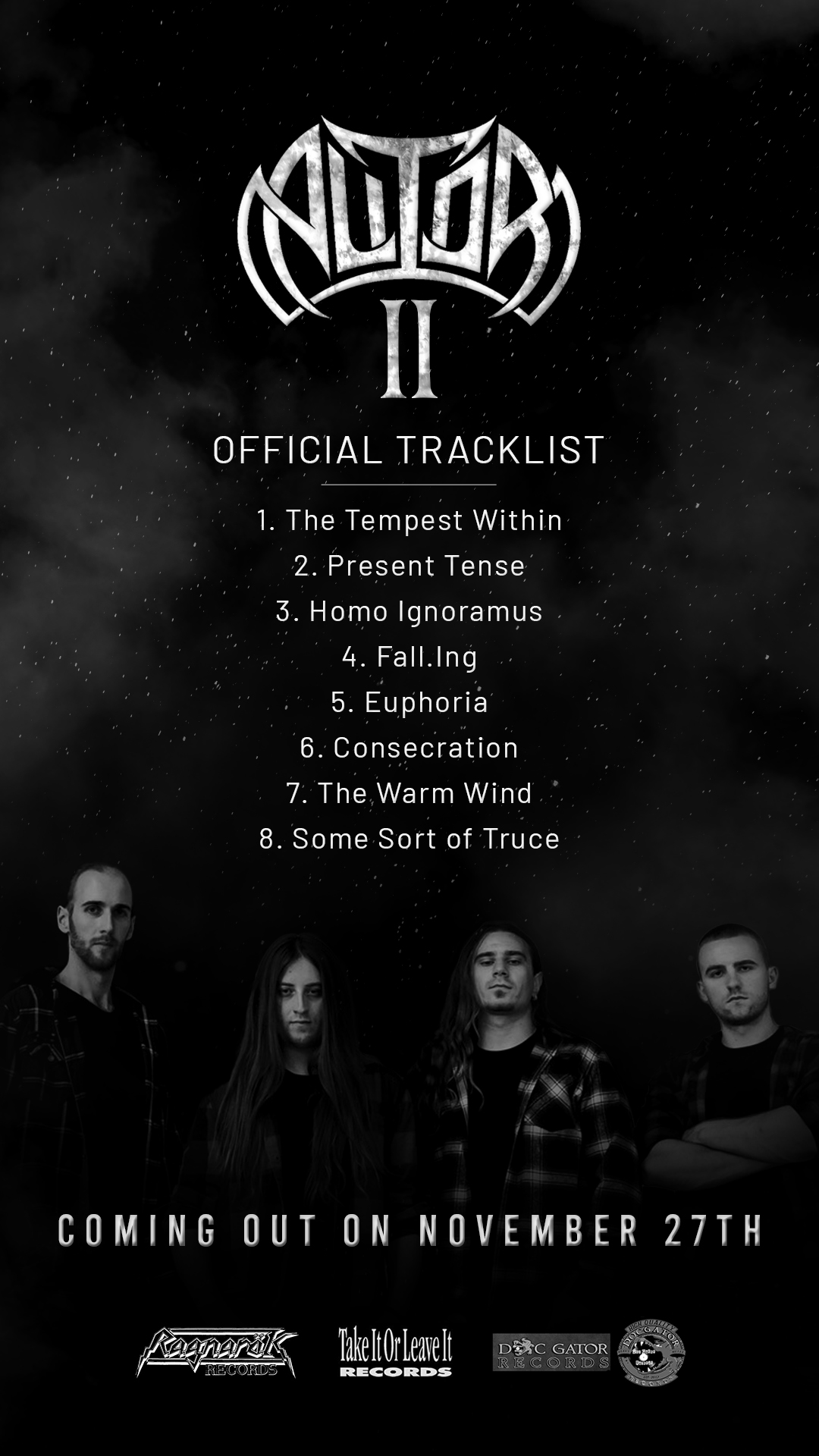 Interview with HÖWLER in Filthy Dogs Of Metal

We had a conversation with Charlie Diaz (vocals).Enjoy!

Welcome to the FILTHY DOGS OF METAL Webzine.
Tell us a few things about HOWLER (Members, Starting Year etc).
The band members are Jose Mora on bass, David Mora on guitar, Renan Obando on guitar, Diego Arce on drums and me, Charlie Díaz, on vocals.Höwler started in 2009 with Jose, David, me an other members. In 2013 we decided to make a merger with a brother band called Inhaler (Renan's band),which started around 2006, but since Höwler were a band with more, let's say, achievements and greater projection, we decided to keep that name.Over the years we have produced 2 EPs and 3 LPs, we have done tours in Mexico, Panama, Nicaragua and Honduras, and we have been the opening act of foreign bands such as DRI, Whiplash, Angelus Apatrida, Solstice and Thrash or Die.

You have recently released your album ''No More Circus!''. What is the feedback from your audience as well as from the press?
No More Circus! was released on September 14th, but we have been promoting it since June through posts on social media and we also released four lyric videos, that has helped us a lot to spread the word and, to our liking, it has been very well received by our fans in Costa Rica an neighbor countries, even more people outside our country have turned their eyes to us with very good comments.In Germany we have received very good reviews from magazines such as Obliveon, Legacy, Deaf Forever and Streetclip, and we have done more interviews to press not only from Costa Rica, but from countries like Mexico and Argentina.The music has also been shared in large Facebook groups of Thrash followers in Latin America and the United States. This album is achieving greater impact than the previous ones.

Label or DIY and why?
All our works have been produced by ourselves, this allows greater creative freedom of course, however, the cost is quite high and must come out of our own pockets, so for an underground band this can be very difficult. With NMC we obtained a contract with the German label Ragarök Records with which we obtained the production in CD format, as well as international distribution and a little marketing with European magazines and media. This album also has the peculiarity that it was mixed and mastered by David Sanchez (Havok) in his Riffs or Die studio, as we wanted to achieve a truly thrasher sound and we felt that he fulfilled it very well. In addition, the cover was made by the famous artist Andrei Bouzikov.

Do you prefer Vinyl, Tape, CD or Digital Format and why is that?
Personally, I'm used to CD, I think it offers great quality and it's more convenient to market and get music to people. But I've seen vinyl is getting a growing attention and I know there are people who say that the sound quality is better or warmer, but I can't assure that. Jose (the bassist) is one of them, he prefers vinyl and he says it’s the format that offers the higher recording quality, it delivers greater dynamics in sound and it has been increasing its popularity again. But the downside is that it’s more expensive to produce and distribute, although we hope that in the near future we will release our albums in this format.

Which things, do you think, a Band should sacrifice in order to succeed? Have you ever sacrificed anything in your life for a better future of your Band?
I don't know what it will be like in Greece or Europe, but in Costa Rica - and I would dare say that in most of Latin America - the main sacrifice that must be made is money.Here it’s impossible to make a living out of music, even less for extreme music, since here the popular rhythms are of a "tropical" nature, so that our audience is very small and very little profit is generated. So it’s necessary to invest money in creating music and touring for many years, money that will never return until the band manages to make a name internationally or has a stroke of luck and manages to sign with a big label, however, in Costa Rica that hasn't happened to anyone so far, so you can imagine the outlook isn't very encouraging, but we do this anyway because we find it rewarding and we love making music.Another aspect that a band must sacrifice I think is time. For an underground band this is especially shocking because, in addition to setting aside the time for rehearsals and composing music, usually the members of the band must take care of the other tasks. In my case, I am in charge of developing all the graphic elements for posts or marketing and also making videos; Jose also edits some videos and between the two of us we take care of social media. I could invest this time in my family, in writing the novel that I have wanted to start for years or even playing video games ha ha ha, but if we do not sacrifice that time, we are not going to get anywhere, and one must learn to achieve a balance with work, family and personal life.

Describe your ideal live show as a performance Band. Have you already experienced that?
I think an ideal live show would be at a big festival with great Thrash bands in front of hundreds or thousands of people who are real Thrash Metal fans and really enjoy music just like us, creating a unique connection. Playing in the Bay Area in the 80’s would have been incredible.

Which attributes, do you think, that a new Thrash Metal Band should have in order to gain identity and be unique?
I think a band should be true to their ideals and not make music just for fashion or wanting to pretend something they don't really feel. Additionally, you should find your own style naturally without trying to make an effort to sound similar to a specific band. In this it is impossible not to be influenced by important bands of the genre - and the comparison is almost impossible - but I think you have to try to find new elements from other genres that merge with those influences to achieve a unique sound, yet clearly Thrasher in the end.

Do you believe that Bandcamp and other Digital Platforms help the new Thrash Metal Bands? Which, do you think, is the ideal way for a Band to promote its work?
I think they do, even more so in this era in which physical formats have lost popularity, and for a small band they are a great help for the music to be known internationally. It seems to me that with Bandcamp you get more income than with the other platforms, but you cannot expect to make a lot of profits through these platforms unless the band has a big name.To achieve that, a band needs a marketing expert (or a marketing agency) to promote the music and help project it internationally, however, that means more money and not all of us can invest in that way.

Tell us a few things about the New Underground Metal Scene in Costa Rica (Bands, Fanzines, Webzines, Metal Clubs etc.)
The metal scene in Costa Rica began in the 80s, but began to gain real strength in 2000, thanks to technological advances that facilitate music production and the Internet, which makes more resources (and music) available to people immediately.
In Costa Rica there are many bands, some of the most important that have played in Europe, the United States and other countries -or have achieved greater projection- are Pneuma, Mantra, Sight of Emptiness, Rotten Souls, Chemicide, Advent of Bedlam, Times Forgotten, Acero (they are the pioneers of Metal in Costa Rica, they started in 1985) and Wings of Destiny; and there are promising bands such as Nostoc, Age of the Wolf, Suppressor, Zyanide, Jakem, Dekonstructor, Humanizer, Brain Death, Killer Souls, The Eyes of Desolation and many more.As for fanzines, currently I am not aware of any, it seems to me that they ceased to exist many years ago, in webzines there are Diwo Webzine and 7th Circle Webzine.Other important web media are Costa Rica Metal, Colmillo Roquero, Pandemonium and Tierras Medias.As for clubs, the most important are Cantina SCCA, Bar El Chivo, Mundoloco, Amon Solar, Crimsong, Taberna Vikinga and Pepper's Club, although the rent of the latter is more expensive and is usually used for international concerts.

What are your future plans?
For this 2020 we will continue promoting No More Circus! and on October 31st we will participate in a streaming concert called "Craneometal Online Fest", which will feature bands from Costa Rica and other countries. Also we are already working on new material.For next year we are planning a new tour in Mexico with Chemicide and Zyanide (a tour that we planned to do this year, but which we had to postpone due to the pandemic), and we also want to visit other Central American countries to continue promoting NMC.Another plan we have is to visit Germany, Spain and perhaps other countries in the area in 2022, we hope  we can manage to do it since that would be a great achievement for the band.

Thank you very much for your time & Keep up the good work! The closure is yours.
Thank you very much for giving us a space in your webzine and making us known in the Hellenic territory, efforts like the one you do are the ones that really help underground bands to grow. I think that maybe no Costa Rican band is known there, so this is quite an achievement for us, we hope everyone there enjoy our music.Take good care of yourself in these times of crisis and we hope to see you on stage in the near future.
Thrash Metal never dies!!!

By Steve the Filthy Dog.

Link to the original interview in Filthy Dogs Of Metal

HÖWLER is fuckin "TIPP" in the actual issue of LEGACY Mag 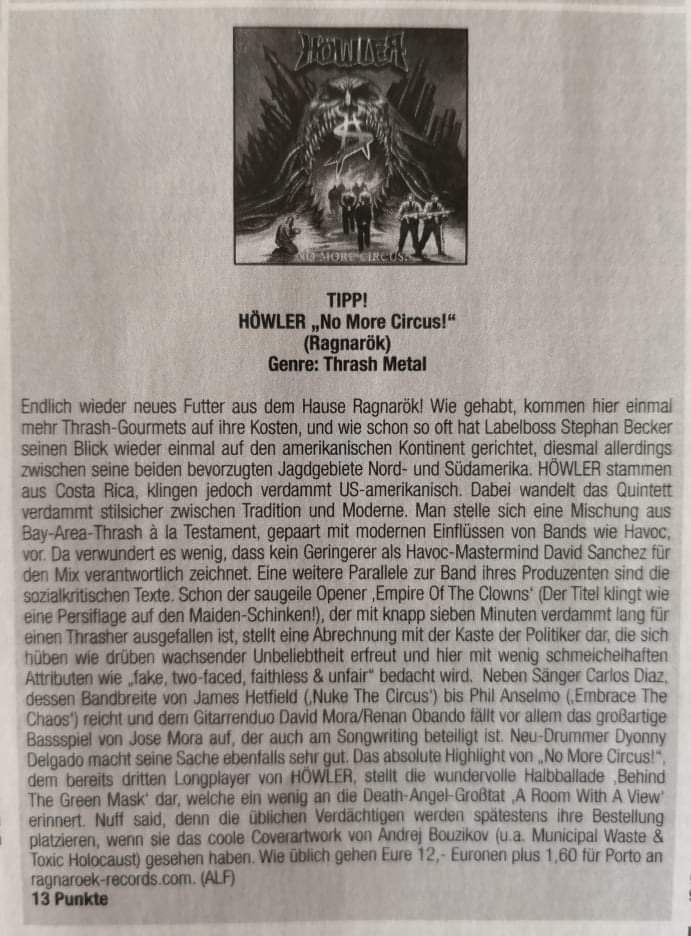 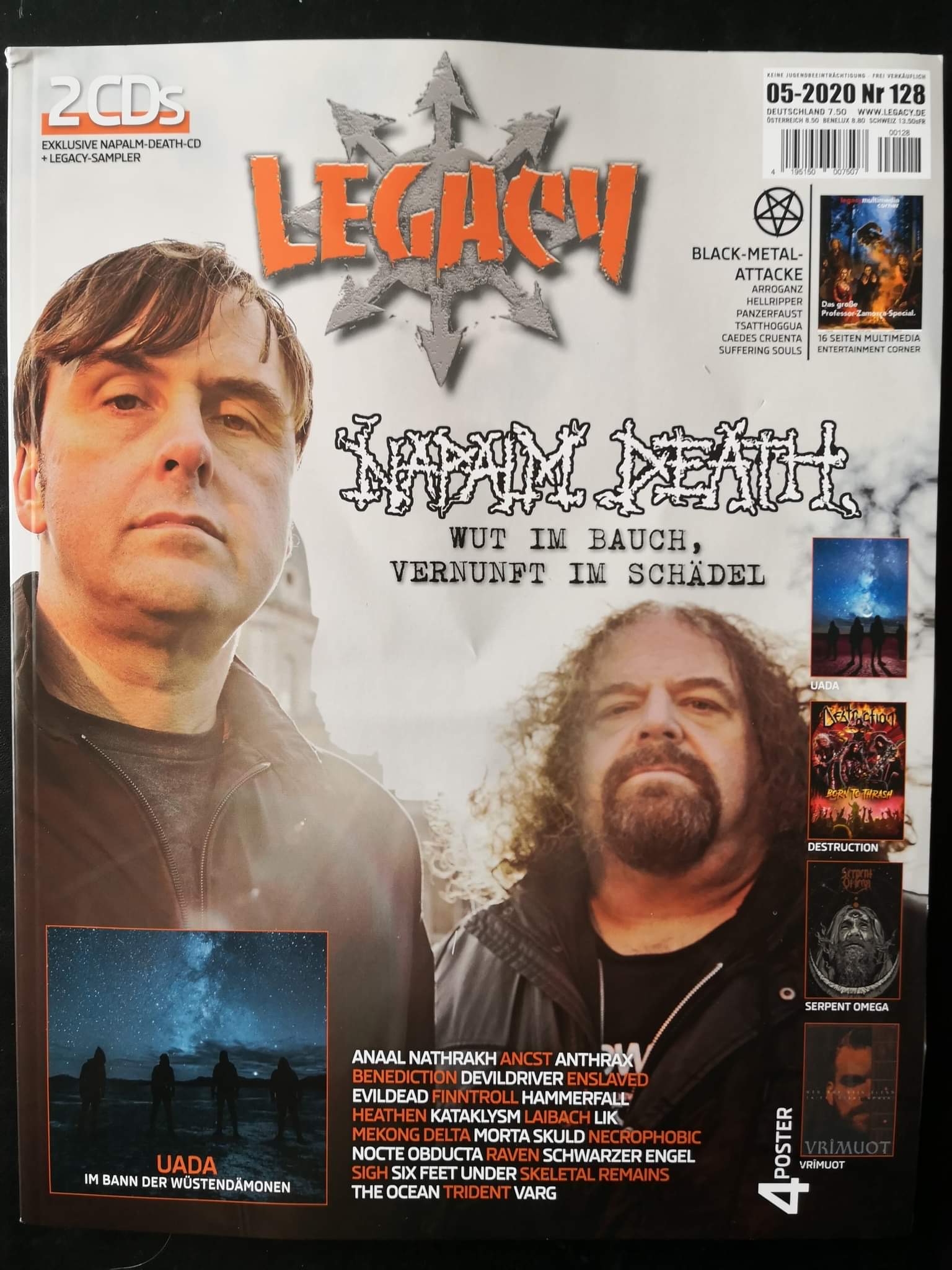 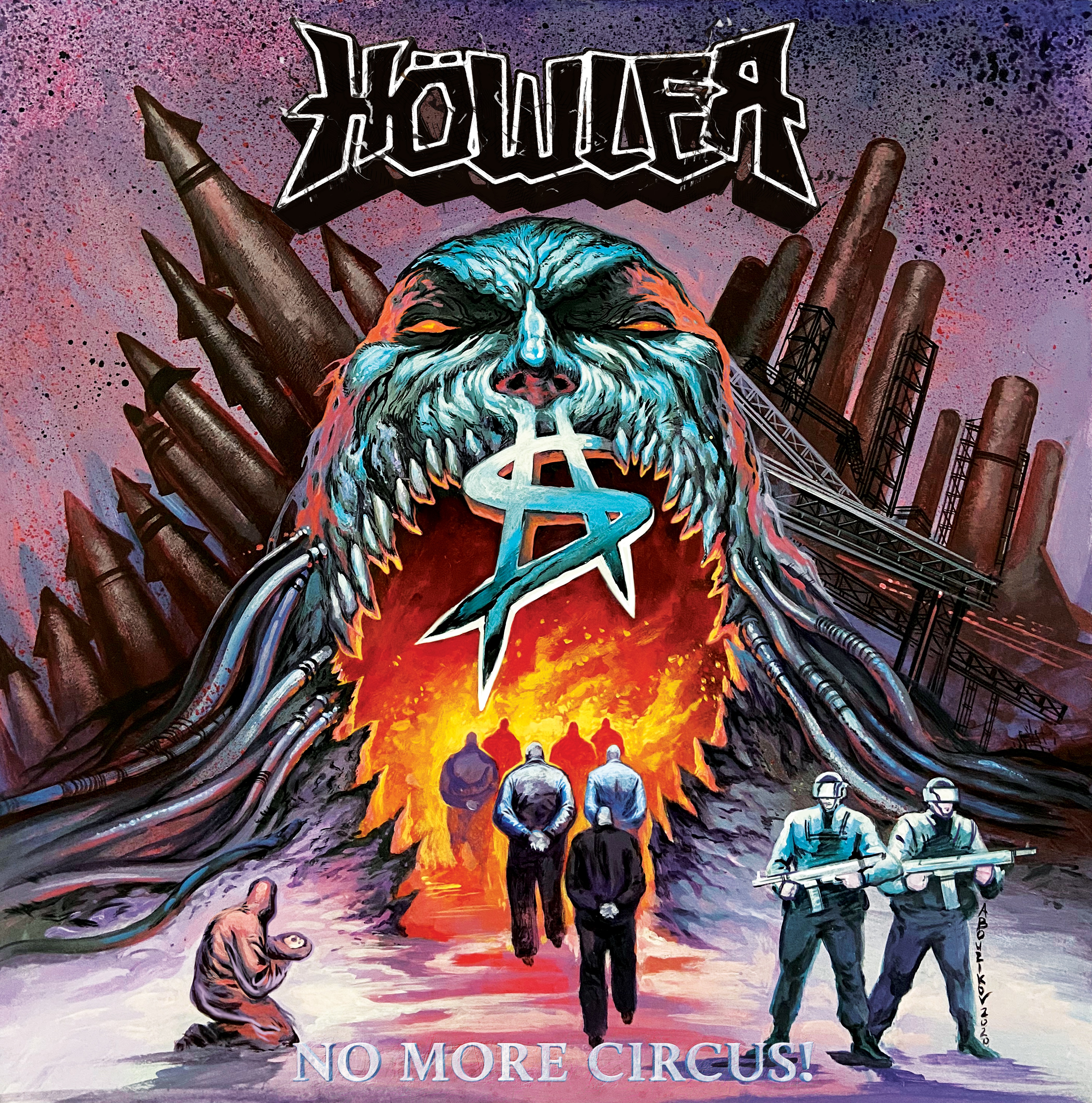 Long gone are those times when the USA and Western Europe had been the hot spots for quality thrash metal. Other countries followed with original bands and left their mark upon the metal map. Just think of Sepultura.

For Central America there was building up a new hot spot for the last few years. There`s no doubt that the amount and quality of thrash metal bands from Costa Rica is outstanding. One of the leading forces there is definitely HÖWLER who have accepted to release their new album, which is by far their strongest work, via german Ragnarök Records.

To read the complete infos on the band and the album "No More Circus!" and to watch all their videos  just look at the Höwler pages "bands" and "releases". 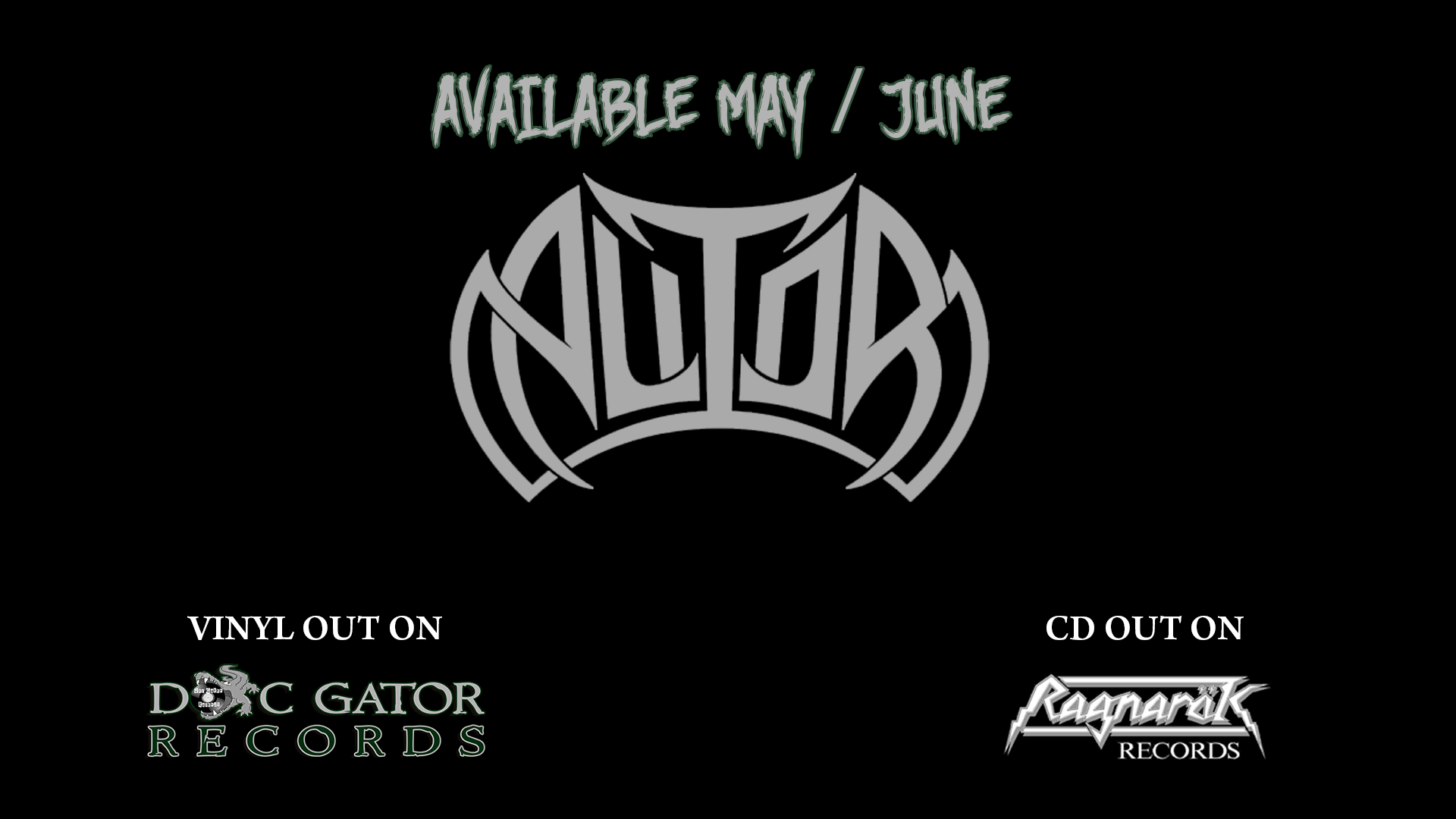 The first single from the upcoming second album entitled "II": 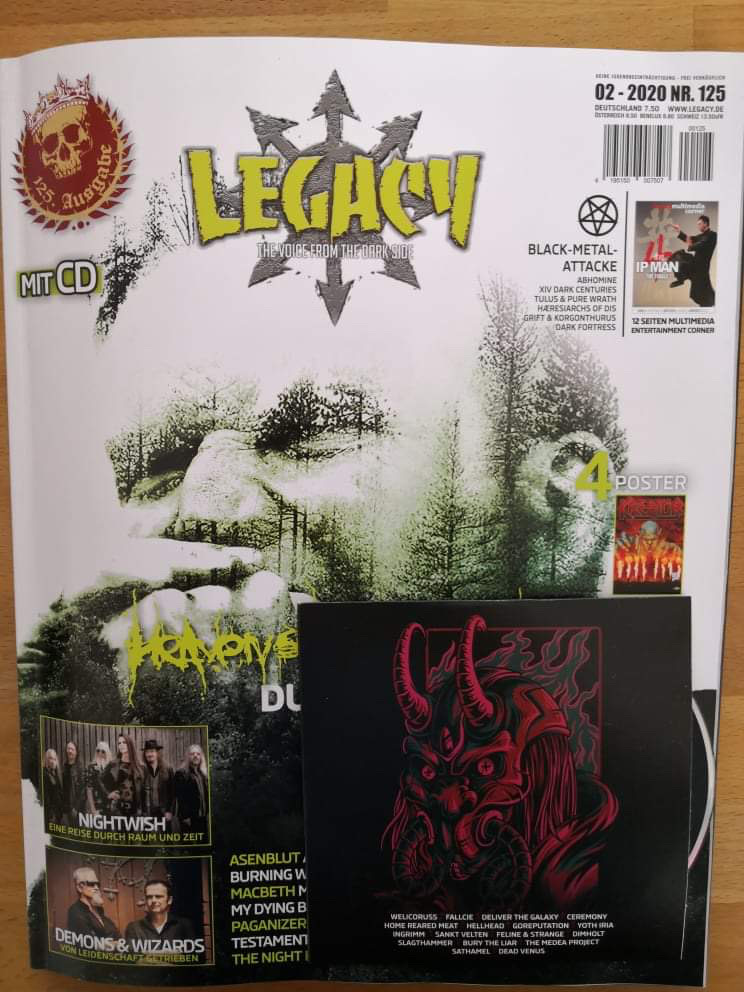 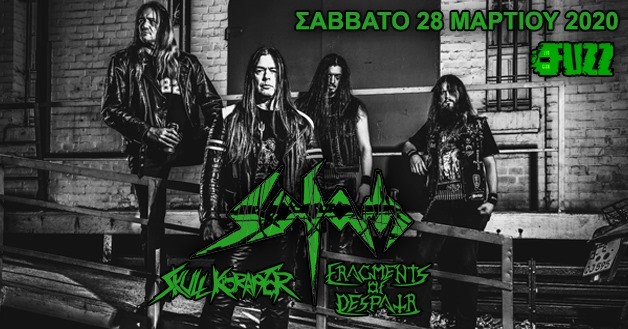 Hate SA is for the Latin American Metal scene what Sepultura was for Brazil in their very early years. 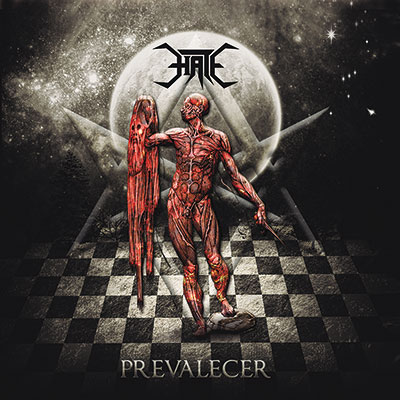 For Years Now Greece Is The Country With The Most Up And Coming Thrash Acts – Skull Koraptor Tells You Why!!! 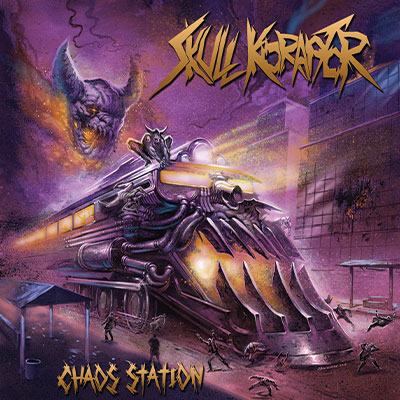