Life Artist is a Progressive Metal band from Germany, possibly well-known from their presence in the early 1990ties. After the success of their first Demo "Faith" (1991) and tour support for Psychotic Waltz and Gypsy Kyss they had an album release in 1992 ("A Diary Of Inner Visions").

Life Artist toured and played with bands like Psychotic Waltz, Mekong Delta, Sieges Even, Deathrow, Gypsy Kyss, Siren, Accu§er, Battlefield or Megace. In 1991 Life Artist performed at the second Wacken Open Air and were the backing band for the solo project of Psychotic Waltz vocalist Devon Graves (aka Buddy Lackey) back in 1993.

In 1993 the band wanted to pursue an instrumental direction and recorded the demo tape “Land(e)scapes Within a Building” in 1994 after being dropped by their record label. 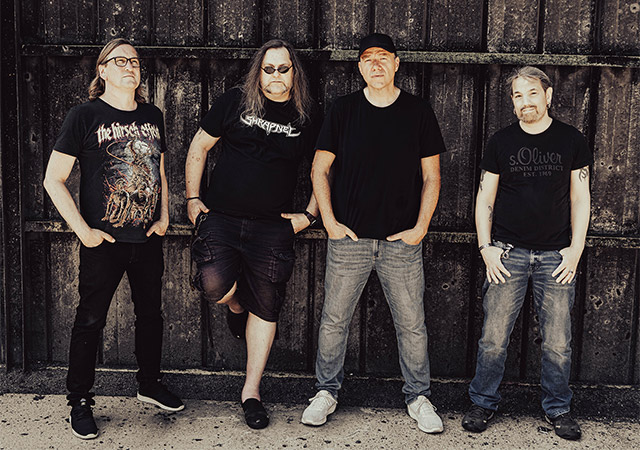 In 2012, after they recognized the Psychotic Waltz reunion, founding members Ingo Holzhauer and Marco Witte decided to reanimate Life Artist as a studio project. In the following years also the former members Frank Jauernick and Dirk Eckhard joined the project along with Poverty`s No Crime drummer Andreas Tegeler.

In May 2016 Life Artist recorded their first new song called "Antisocial Networks, which finally appeared exclusively on the Metalliance Vol. 2 sampler in early 2017. At the same time, the band published a video for the song on YouTube.

Due to various private and professional circumstances, it took another two years before Life Artist started producing their new album. On the home straight, the band was then suddenly slowed down by the corona pandemic in spring 2020. In addition, Andreas Tegeler broke an arm shortly afterwards.

Finally, the self-recorded album "Lifelines" was completed in May 2021. The mastering was carried out by Matt Korr in the Red Roof Studio Loftsound in July 2021 and finally an official release date was found: The second Life Artist album "Lifelines" will be available for purchase on August 27, 2021 (delayed until Mid-September 2021!) via Ragnarök Records. In addition, the band already announced a vinyl edition to be released at the end of 2021.